2021/22 was a year of ongoing development, challenges and achievements, as FADT continued to support those in recovery from addiction and mental health adversity.

Starting to emerge from the restrictions of the pandemic, 2021/22 became a year of reassessment. Redefining what was important, taking the opportunity to deepen our commitment and connections which support recovery and mental well-being and moving from remote online workshops to live dance.

Participants desperately wanted to meet in person, reconnect, share the same space and move as one group. This was made possible by FADT delivering 145 workshops, staging 11 events and running two training programmes across the Northwest. Over 477,000 users were also reached by social media and web activity.

Additionally, we supported our commitment to raising awareness and breaking down barriers to understanding about addiction with the development of three, 10 minute films entitled ‘Transfiguration’. Working with a professional writer and film director to produce a series of defining and complex moments in the journey from addiction to recovery, the first film entitled ‘I Fall’ was launched in January 22 to great acclaim.

Developing new ways of donating and fundraising saw the launch of ‘Guardian Angels’ to support ongoing work and we are grateful to Becca Lennard who ran the 2021 London Marathon on behalf of FADT to successfully raise funds.

A celebration event, for our tenth anniversary as a charity, was held in November, where we welcomed our first new patron Robert Fox, the Theatre, Film and TV producer. Robert’s genuine commitment, advice and support is much appreciated and valued.

We also welcomed two new members of staff, Maddie (learning and participation manager) and Jude (engagement worker) providing much needed access to new participants and support for existing beneficiaries. Sadly, we said goodbye and thank you to one of our founding trustees, Mike Cunningham, who was instrumental in establishing FADT as a charity.

Finally, none of this year’s body of work could have been achieved without the dedication and creative enterprise of all the Staff and especially Paul and Claire. We are very grateful to the contribution of our funders, principally Arts Council England, our partners, notably Storyhouse, and for the ongoing commitment and support of the Trustees; all of whom are vital to the success of the company.

In 22/23 we look forward to consolidating the organisation, building on new and existing partnerships, reaching a larger audience and widening the social impact of the work of FADT. 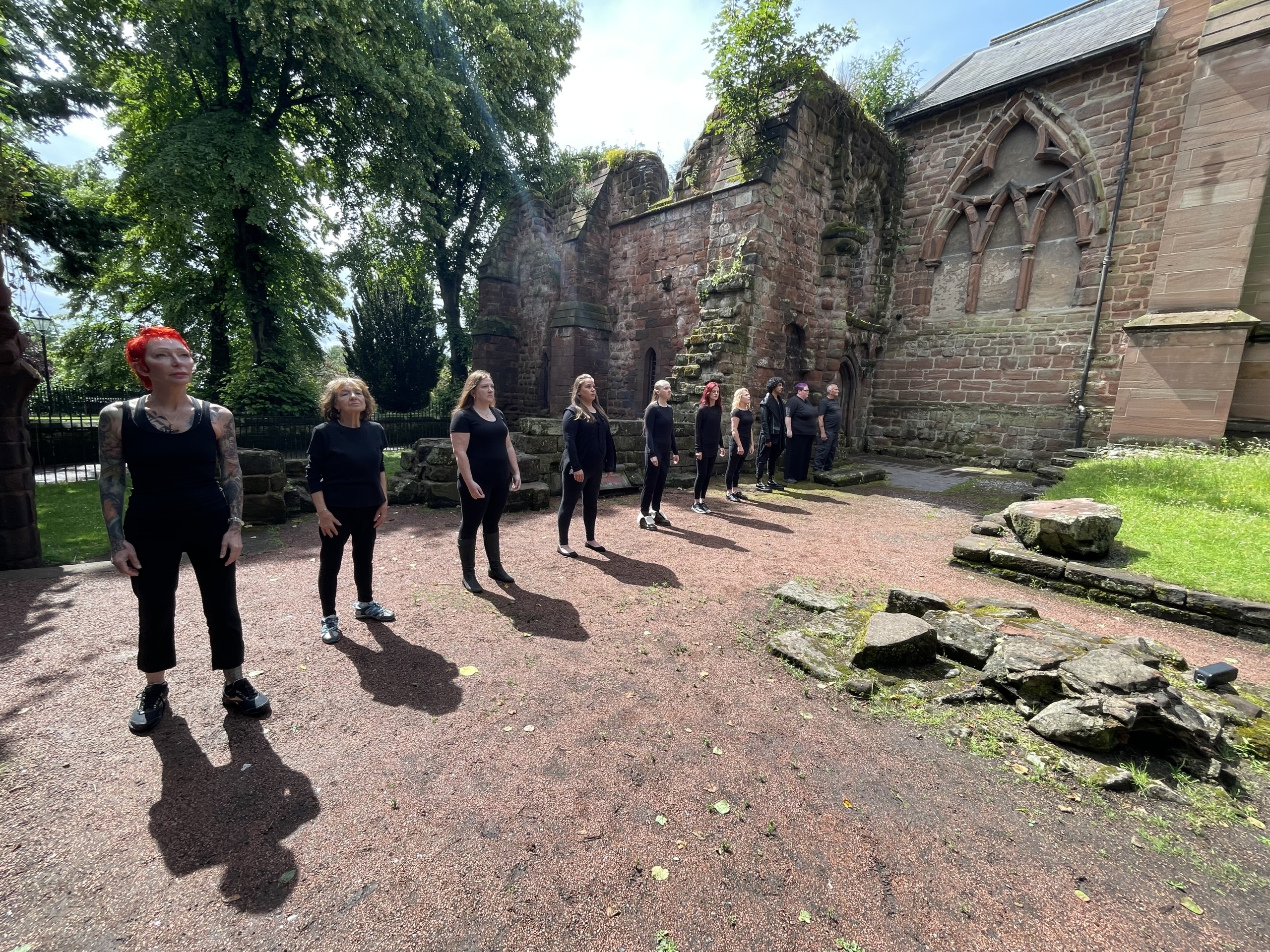 Becca is running the London Marathon for Fallen Angels!

Hi everyone, I’m Becca – you might recognise me because in 2021 I ran the London Marathon for Fallen Angels Dance Theatre. It was… Read More