A Guest Blog from Joanna Kirkby

I was asked by Paul and Claire to be a part of two weeks Research and Development as a recovery artist in a collaboration involving Fallen Angels Dance Theatre and the Storyhouse Theatre in Chester.

It’s been a completely amazing experience for me being around such incredibly talented people and watching them do what they do best creating material that has completely blown me away. As well as this everyone has been so friendly and supportive towards me and I have felt a part of the process from start to finish and valued in an environment that I could never have envisioned I would ever be in, especially a few years ago when my life had fallen apart at the seams deep in active addiction.

The first week we began by sharing personal stories of our childhood. Many stories were very traumatic and incredibly difficult to listen to, yet many were filled with so much love that it moved me to tears and Alex had to lend me his handkerchief!

We then told and retold these stories until the most prominent stories surfaced. Then we took these stories and began to recreate them with language and movement. This involved lots of naturalistic acting. Drama was always my least favourite subject in school and when it came to speaking in front of people I’d talk to the floor or completely freeze and forget my lines. I’ve always felt too self-conscious to act.

However, the tasks that we were given eased us into speaking on stage so gently that I barely realised I was acting. We began with how we would naturally behave if we were having a 5-minute tea break so that we weren’t acting at all and developed the scene bit by bit by building upon our natural conversations and exaggerating our natural movements until we had a scene where we were moving and speaking as a group in a set way.

Reflecting upon those first few days I was pretty amazed as if I had been shown the end result at the beginning of the week I’d have never believed it was possible for me to be a part of what was created. It’s the first time in my life I’ve ever been able to do anything like that!

Saying that there were times I felt really out of my comfort zone speaking, but it was a great opportunity to practice feeling the fear, saying a quick prayer, and doing it anyway! And the outcome was that I massively surprised myself and did things that I never thought were possible for me to do.

The second week has involved taking the different scenes that we created in the first week and refining them for the scratch performance. It’s been amazing to witness the calibre of acting and dancing, for example watching Dom and Natasha perform a scene where Dom plays the character of Joe at a time when Joe was a ballet at the top level whilst addiction was slowly starting to take a grip of him and Natasha plays a concerned friend of Joe’s who notices he is spiralling downwards.

Natasha uses spoken language whilst Dom responds with dance and the authenticity and quality of the creation gave me goosebumps and sent shivers down my spine. Also watching Dom and Laurie do a fight scene which amazed me at how the two boys scrapping was combined with such flowing movement in a really realistic way.

I have been a part of the two group scenes one of which we are moving to ‘I’m the leader of the gang’ as kids growing up in the ’70s. The movement was quite hard to grasp at first as it was very fast and we all have to be in time but the more we have practised and gone over it the better it is beginning to feel.

I feel like I have got so much growth from these two weeks in terms of dance, acting and within my wider life. I always have fear about doing a whole week of rehearsals all day every day as I still worry about whether I’ll cope or not and whether I’ll get too tired.

For some reason, my head takes me back to active addiction when I constantly felt sick and tired and like I couldn’t cope yet still had to go to work in all sorts of states. I get terrified of ever feeling that way again.

Even though rationally now that I’m clean that isn’t going to happen I still have a completely irrational fear of getting too tired and not being able to cope. Weeks rehearsing like this help me counter that fear with evidence that now I’m clean I can cope with a full-on week in a professional environment and that helps me feel more confident about moving from part-time to full-time hours where I work at a youth centre in Birkenhead.

I am so incredibly grateful to Fallen Angels for this opportunity, I have met so many amazing and talented people and everyone has been so lovely to me and encouraged me so much. 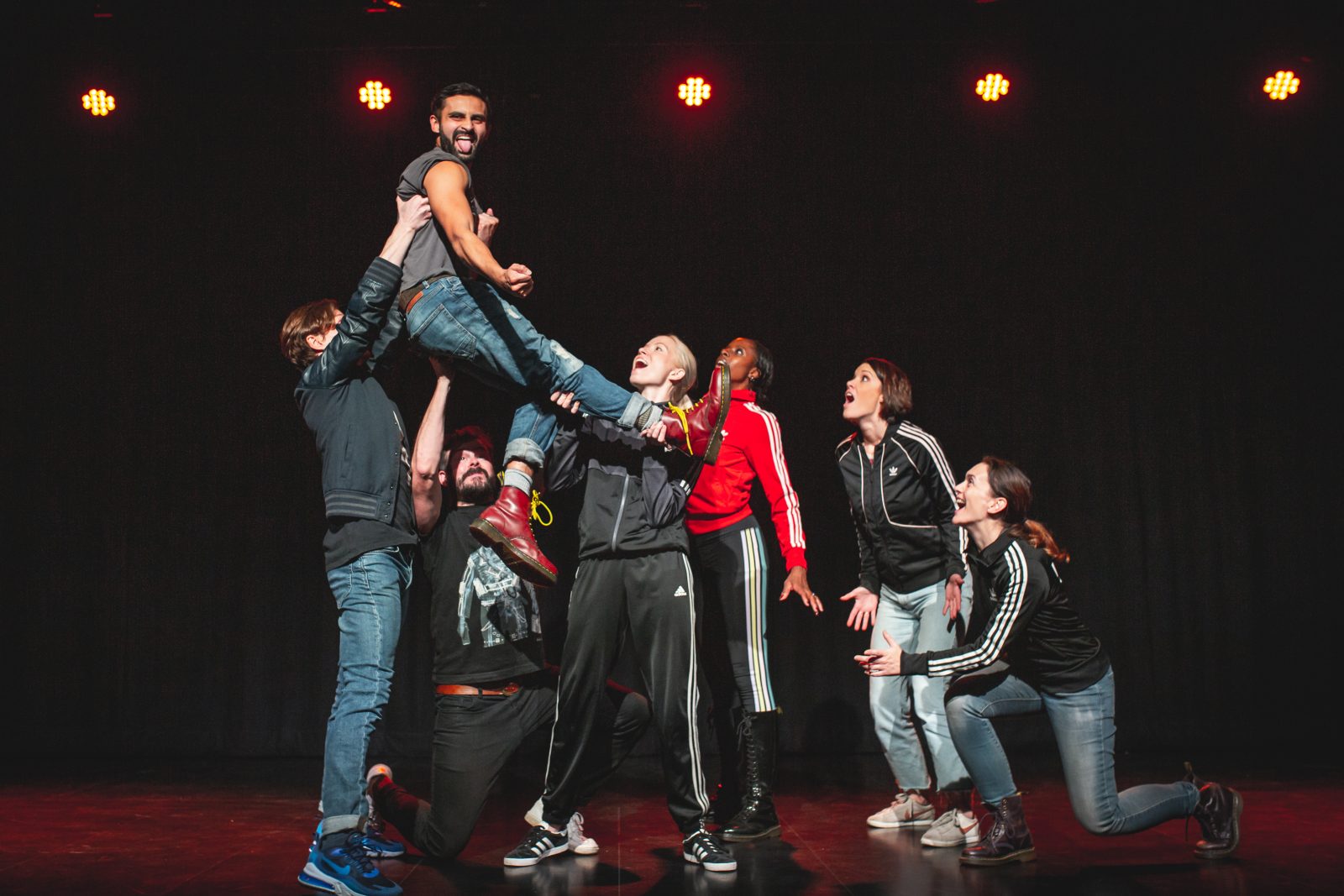