Dom Coffey is a dancer who trained at the Northern School of Contemporary Dance – and he stars in our new film Transfiguration: I Need.

Hi Dom – tell us about your role in Transfiguration.

I’m one of the performers in I Need – I’m dancing and acting.

I play the son who’s in recovery, he’s trying to get clean and seeing his mum for the first time in a while.

And it’s a complicated relationship because, the son has lied to his mum’s face, and made her unable to trust him. So, this is them meeting for the first time and my character is trying to make her believe that I’m on the right path, trying to make the right choices and make life better for myself.

It’s quite an emotional role, isn’t it?

And it’s been quite a process because we first did a version of I Need back in 2019. It was a bigger group of us, with me and Eve [Steele] doing a table scene.

Back then it was a rougher version of what you see in the final film – there was a bit of improvisation and some of Eve’s text. We were just improvising movement with Paul choreographing too. And for some reason, that moment always really stuck with us and lots of people in the room were really moved by it. And we’ve worked on versions of it since then – and then this year, Fallen Angels got us all together to film the final version.

And in terms of the emotion of the role, I felt it more this time when we were creating the film.

There was a day when Kate Flatt [Dramaturg for I Need], Paul and Eve were all on stage, speaking the script and Kate gave us an exercise where we didn’t have to say the lines, but we looked at our naturalistic body movements and just used the breath – holding it, releasing it – to move and connect. I can’t describe why it worked, but that one day, just through breath and movement, I really felt the emotional connection to the character and everyone else in the room.

And what did you enjoy about the process of working with film and dance?

Firstly, the team is amazing, the whole team in front of the camera and behind it, and it’s been so amazing to be part of it.

It was emotional too, it was a lot of work, but in a really good way. It takes a bit of time to get used to that mix of film and dance and to keep everything authentic.

I think because I’m so used to not working in film, there would be moments where I thought “I nailed that” and then someone would shout “Cut!” because the sound or lighting wasn’t right, and we’d have to go again. I found that I really had to watch myself, to not go into autopilot.

But I loved it, I’ve been dancing for ages – I started when I was 15 and I’m 27 now, so it’s been a long time. When I was at the Northern School of Contemporary Dance, I got into Physical Theatre – and I really liked that rather than just straight movement, I was finding the emotion behind it, the anger, jealousy, sadness. And if I can make an audience member feel something, then that’s my job done.

And you’ve worked with Fallen Angels before, haven’t you? How did you come across them?

Yeah, I was in the college, and we got taken to Liverpool to see a Fallen Angels performance.

I’d never heard of them before, but my dance teacher Craig was in the Fallen Angels company. I remember that I thought they were incredible, and I remember saying, “I’d love to dance for them one day” – I know that sounds cheesy!

Years went by, I went off to train and I reconnected with them. At the start of 2019, I went to the studio with Paul and the Angels, and I just clicked with them all and then I’ve worked with them since then.

Why do you think their work is so important?

I do a lot of workshops for Fallen Angels, and you just see how people are so honest and open in that space – and when they leave, they’re so energised.

Towards the end of last year, I did some sessions in Leigh. For the first session, I had six ladies who came. And we just danced together for two hours, and it was just incredible.

The main thing I love about Fallen Angels is they always do a check-in before they start the sessions – I think it’s just a nice way to start the sessions and it allows the group to feel comfortable and honest. And then we do a check-out at the end of the session, and nine times out of ten, the people in the workshop are they’re feeling a lot better than when they came in.

One lady told me that the workshops were an escape from everyday life. Just being in the studio for two hours, she can forget about everything. I think that’s really nice. Fallen Angels create a space where we’re together, present and we’re all breathing together and sharing lovely energy and that’s what I really love about it.

What do you hope audiences take away from I Need? 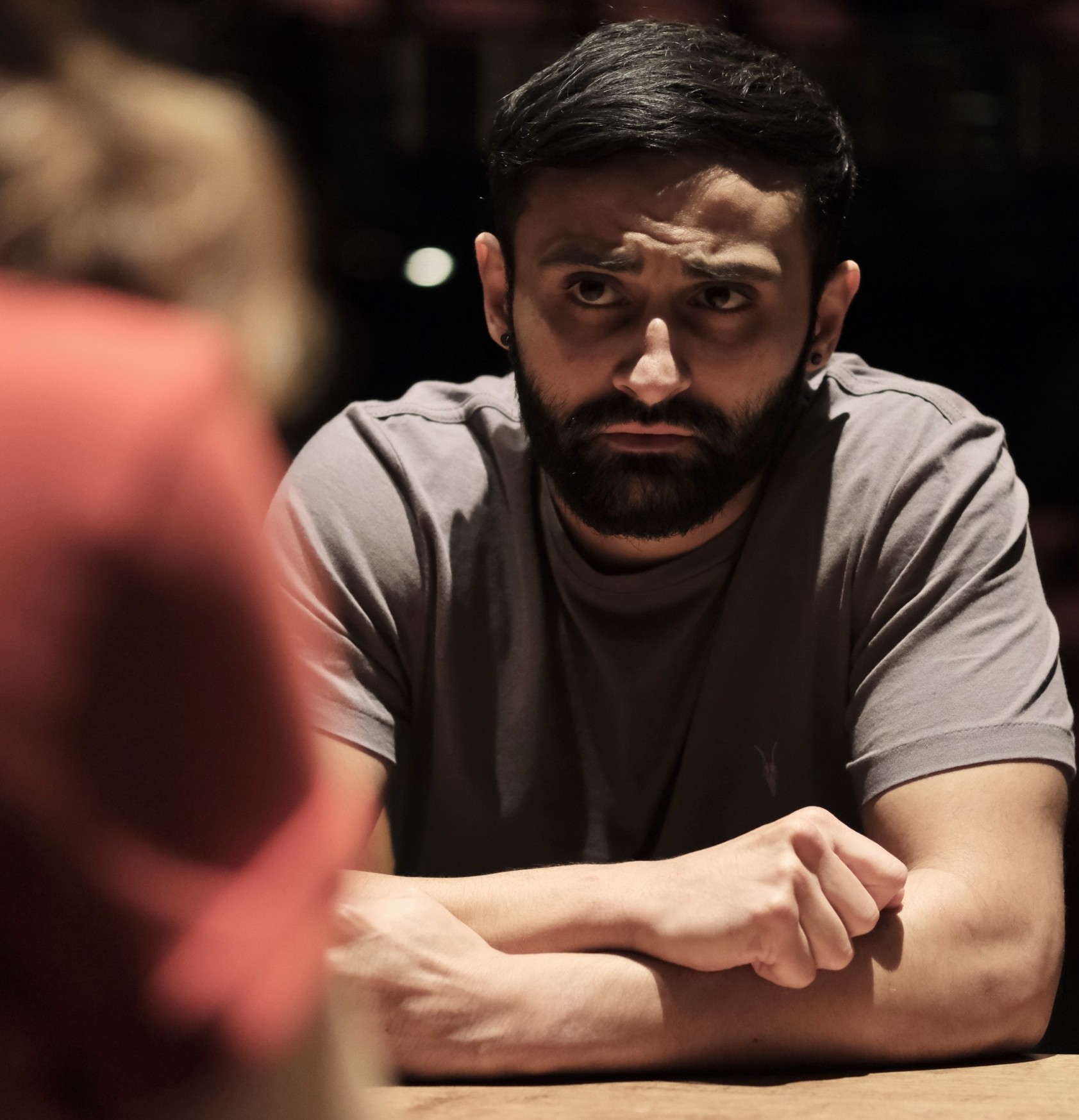